Akkermansia muciniphila as Next Generation Probiotics

Akkermansia muciniphila as Next Generation Probiotics

Next generation probiotics (NGPs), also referred to live biotherapeutic products (LBPs), can target specific diseases and can be used as a revolutionary class of medicines for therapeutic purposes. NGPs are usually derived from next-generation sequencing (NGS) and bioinformatics analysis. With our state-of-the-art technology and industry-leading expertise, Creative Biolabs has developed an unparalleled platform for NGP isolation, identification, and functional characterization. Currently, we have discovered a wide range of potential NGPs, including Akkermansia muciniphila strain, for pre-clinical, clinical, and commercial applications.

Akkermansia muciniphila (A. muciniphila), belonging to the phylum Verrucomicrobia, is a symbiotic bacterium of the mucus layer. It has been isolated and characterized as a mucin-utilizing specialist, utilizing mucin as its sole carbon, nitrogen, and energy source. A. muciniphila is the only member of Verrucomicrobia in the intestinal tract of humans and animals and easy to detect using its 16S rRNA gene sequence, therefore, the probiotic effects of A. muciniphila including metabolic modulation, immune regulation, and gut health protection, have been widely investigated. Among the next-generation beneficial microbes that have been identified, A. muciniphila is a promising candidate.

A. muciniphila and Diseases 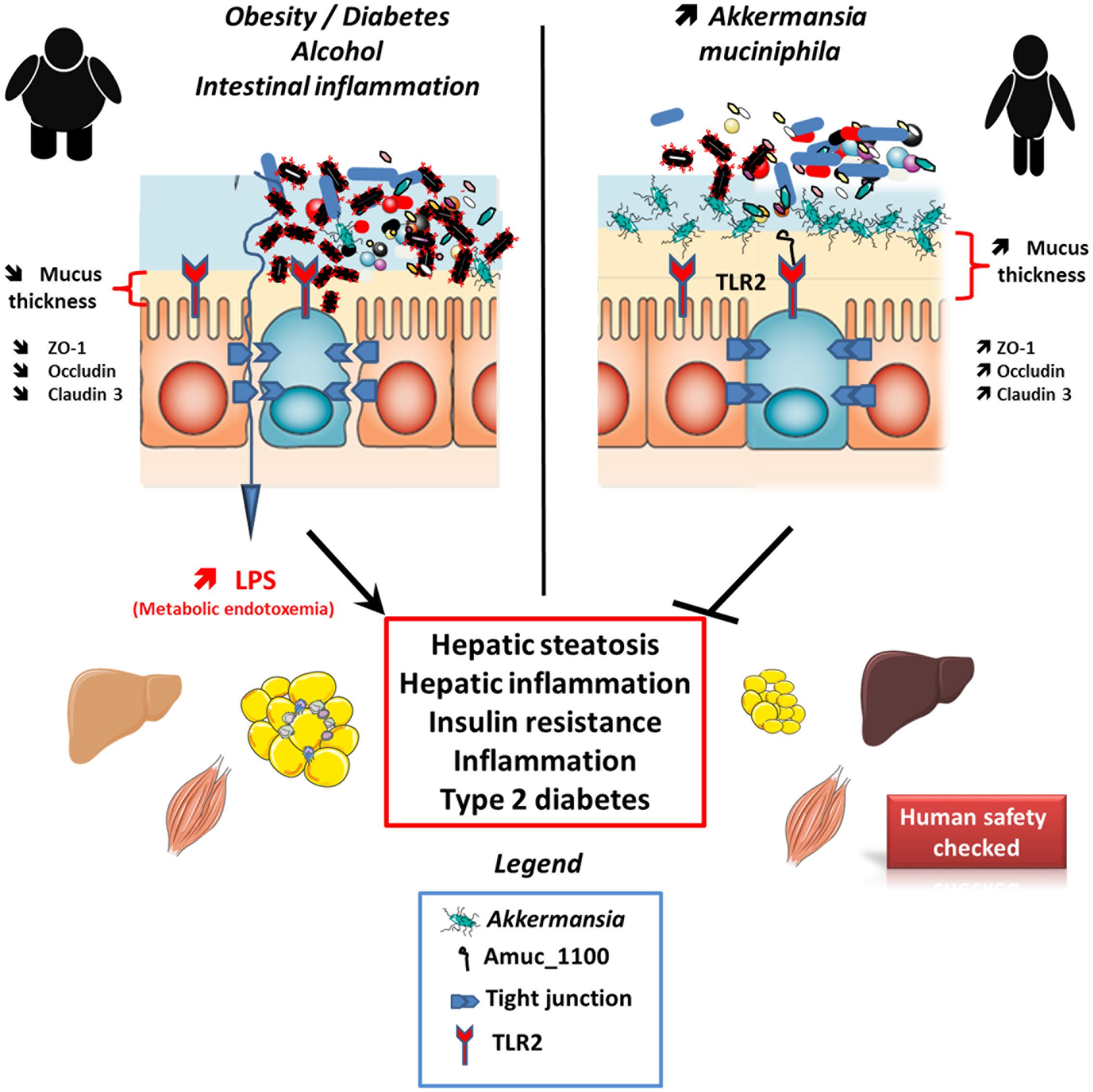 Fig.1 Effects of A. muciniphila and derived products on host metabolism. (Cani, 2017)

It has been an appreciation that abnormal shifts in the composition of gut microbiota contribute to the pathogenesis of metabolic diseases, including obesity and type 2 diabetes. Amongst, A. muciniphila shows a positive correlation between its intestinal colonization and host homeostatic metabolism. By daily supplementation of A. muciniphila for five weeks, body weight gain and fat mass were significantly alleviated. Besides, glucose tolerance and insulin sensitivity were also improved by A. muciniphila supplementation.

Dysbiosis of the intestinal microbiome is related to autoimmune diseases like rheumatoid arthritis (RA), type 1 diabetes (T1D), and multiple sclerosis (MS). A. muciniphila is abundantly present in the healthy human gut but is reduced in autoimmune-diseased individuals. It has shown efficacy in treating autoimmune diseases when orally administered.

The pathogenesis of cardiovascular diseases (CVDs), such as hypertension and atherosclerosis, is associated with gut microbiota dysbiosis. A. muciniphila was found to improve gut barrier functions and exert protective effects against atherosclerosis and hypertension.

Studies have revealed an inverse relationship between A. muciniphila and intestinal inflammation, such as inflammatory bowel diseases (IBD). A. muciniphila was shown to improve the gut barrier partially via its outer membrane protein Amuc_1100 that interacts with Toll-like receptor 2, revealing its potential protective pathway against IBD.

With industry-leading expertise and state-of-the-art single-use equipment, Creative Biolabs has pioneered the discovery of novel NGPs. Our comprehensive services include but not limited to new NGP identification, characterization, analyses & qualification, and scale-up GMP manufacturing. We will work with you at all stages of the NGP development process from the initiation of your project to the large-scale production.