Bifidobacterium spp. as Next Generation Probiotics

Bifidobacterium spp. as Next Generation Probiotics

Bifidobacterium is one of many probiotic bacteria that has a series of useful functions, such as improving digestion, accelerating the immune system, and resisting their pathogenic cousins. 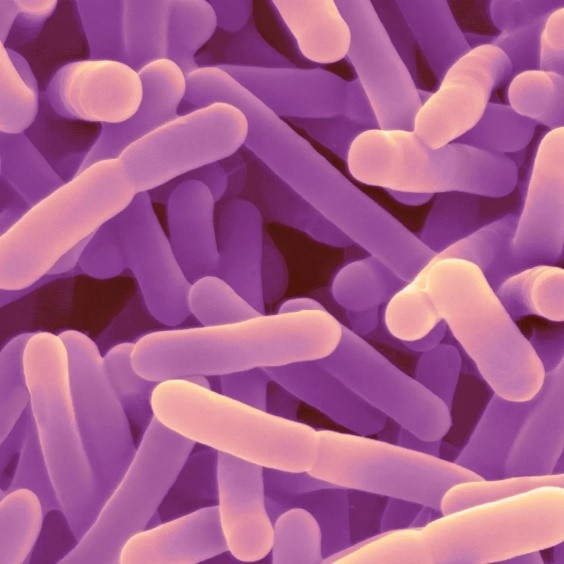 Bifidobacterium is a genus of Gram-positive, nonpathogenic, nonmobile, frequently branched anaerobic bacteria. Bifidobacterium spp. are sometimes arranged in pairs, in a "V" shape, in chains, and the palisade of parallel cells or garlands. They are ubiquitous inhabitants of the gastrointestinal (GI) tract, vagina, and mouth of mammals, including humans. The genus Bifidobacterium is the third-largest bacterial population in the GI tract of mammals after Bacteroides and Eubacterium. Bifidobacterium spp. are considered probiotic microorganisms because they provide a variety of health benefits for human hosts, including improvement of lactose utilization, improved animal host immunity, and antagonism effect against pathogenic bacteria.

The benefit of Bifidobacterium spp. in Diseases

Bifidobacterium spp. are the normal host of the healthy human intestinal tract. They can regulate some important metabolic and physiological functions of the host, promote the maturation of the immune system in early life, and contribute to its homeostasis during life. Alterations in gut microbiota can occur through changes in composition (dysbiosis), function, or the interaction between the microbiota and the host. Changes in the number and composition of the intestinal microbiota are one of the most common characteristics of many diseases. The use of probiotics, including Bifidobacterium spp., in preventive medicine to maintain healthy intestinal function is well documented.

B. bifidum usually represent the most abundant bacteria in the human intestinal flora of healthy breast-fed infants. It shows great potential in the treatment of GI disorders and celiac diseases.

The beneficial effects of B. breve have been reported in the treatment of many different levels of human diseases. These diseases include GI disorders, metabolic disease, skin disease, neurologic/psychiatric disorders, and so on.

B. longum can help the body resist harmful bacteria against intestinal or intestinal pathogens, thus providing benefits for the treatment of some diseases, including GI disorders, celiac diseases, cancer, and autoimmune disease.

Bifidobacterium animalis strains display the following characteristics typical for the genus Bifidobacterium: Gram-positive, non-motile, nonspore forming, irregular rod-shaped anaerobes. As an important member of the gut microbiome, it appears to be more important to the health of the host and has been found to improve some disease-related symptoms.

B. adolescentis are normal inhabitants of healthy human and animal intestinal tracts. Colonization of B. adolescentis in the gut occurs immediately after birth. It is considered a genuine symbiont that does not promote systemic or intestinal inflammation in a healthy state. However, it does have potent immunomodulatory properties in diseased states that can attenuate the inflammatory host response to intestinal injury and pathogen invasion.

B. dentium is a species of bacteria in the genus Bifidobacterium, branched anaerobic bacteria from the Bifidobacteriaceae family. It is an acetateproducing colonizer of the healthy adult GI tract.

Currently, probiotic preparations containing Bifidobacterium spp., used alone or in combination with other bacteria, have been tested in human clinical studies. Despite a large amount of literature and research on this topic, in most cases, there is still insufficient scientific evidence for the effectiveness of probiotics. More effort is required to design and conduct accurate human studies to prove the efficacy of probiotics in preventing, relieving, or treating different pathologies.

Relying on years of professional knowledge and project experience accumulated in the field of drug development and bacteria, Creative Biolabs has launched a comprehensive and reliable Bifidobacterium drug development service. We are committed to rationally designing research programs, fully considering the pros and cons of each type of probiotics, to contribute to human health.