Streptococcus salivarius as Next Generation Probiotics

Streptococcus salivarius as Next Generation Probiotics

Streptococcus salivarius (S. salivarius) is a major colonist and non-pathogenic species of oral flora, which was widely used in the prevention of upper respiratory tract infections and in reducing the frequency of occurrence of its major pathogens. It could serve as a potential candidate for the next generation of probiotics. Creative Biolabs has been focusing on the research of live biotherapeutic products (LBP) for more than 10 years and has experience in the development of a variety of potential probiotics. Our scientists have accumulated rich project experience and built a comprehensive and mature technology platform.

S. salivarius is the best known numerically dominant member of the native microbiome of the human oral and nasopharynx. However, it is also common in human breast milk and is found in a variety of indigenous fermented dairy products that are not pasteurized. In saliva, it is typically present at levels of up to 1×107 colony forming units (CFU)/ml and this equates to approximately 1010 CFU ingested daily. Heightened interest in the probiotic potential of S. salivarius stems from (i) its numerical predominance in the oropharynx, (ii) the production by some strains of a particularly diverse array of anti-competitor molecules, (iii) demonstrations of its effective application in relieving or controlling a variety of upper respiratory diseases, including strep throat, otitis media and bad breath, for which strain S. salivarius K12 has been used. In addition, some strains of S. salivarius have been shown to produce the extracellular enzymes glucanase and urease, the activity of which can potentially help limit the development of dental caries by reducing plaque accumulation and plaque acidification, respectively. 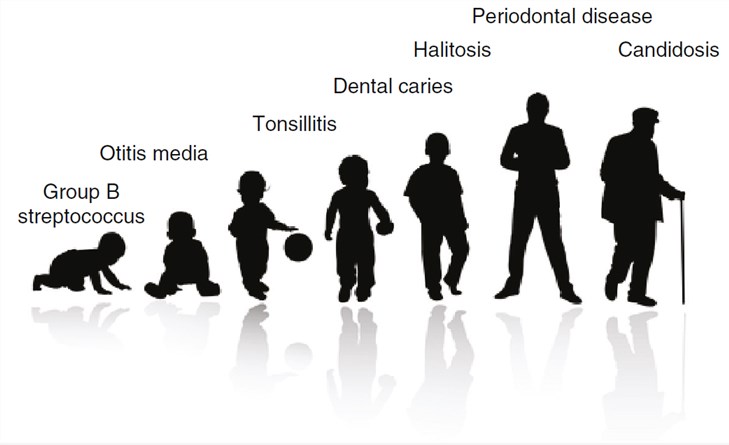 S. salivarius K12 is an oral probiotic strain that releases two antibiotics (salivaricin A2 and salivaricin B) that antagonize the growth of S. pyogenes, the bacterium most important in causing human pharyngeal infections and affected by acute otitis media. S. salivarius K12 has been successfully colonized in the oral cavity with good safety. Scientists tested its preventive role in reducing the incidence of both streptococcal and viral pharyngitis and/or tonsillitis in children. Results showed that prophylactic administration of S. salivarius K12 in children with a history of recurrent oral streptococcal disease significantly reduced the incidence of streptococcal and viral infections and the number of days of antibiotic and/or antipyretic therapy. 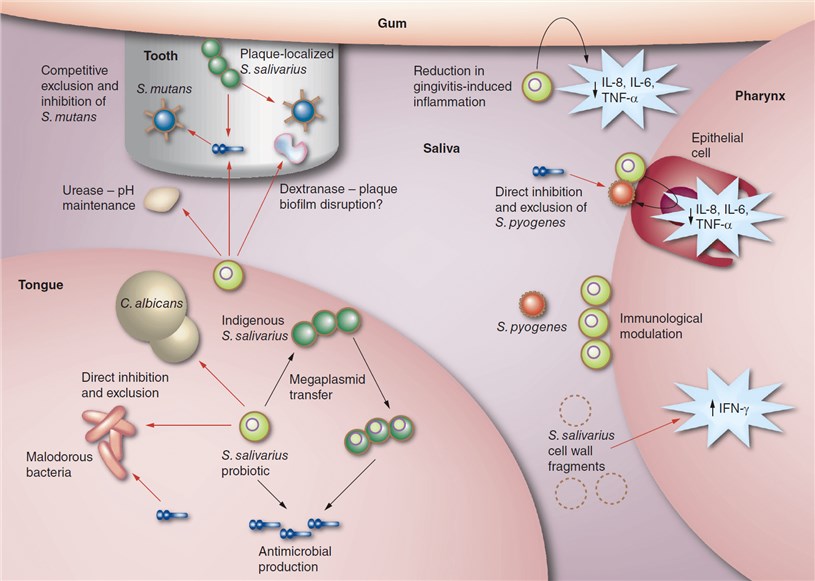 What Services Can We Provide for S. salivarius at Creative Biolabs?

We supply a variety of S. salivarius strains of different preservation numbers as below. If you need other strains, please contact us.

The application of oral probiotics is becoming an attractive approach for prevention and therapy, especially for pediatric age patients. S. salivarius has properties suitable for bacterial treatment. Creative Biolabs’ reliable LBP development services minimize your risk and timeline, maximize the performance of your probiotic strain and save your resources. If you are interested in our S. salivarius related services or products, please contact us for further discussion.