Faecalibacterium prausnitzii as Next Generation Probiotics

Faecalibacterium prausnitzii as Next Generation Probiotics

As the most abundant bacterial species found in the gut, Faecalibacterium prausnitzii (F. prausnitzii) has attracted increasing interest because of its potentially important role in promoting gut health. Recently, several reports highlighted the promising therapeutic strategy by counterbalancing dysbiosis using F. prausnitzii as a potentially active component of probiotic formulations. Based on our expertise in microbiota and microbiome science, Creative Biolabs is focused on providing process development & optimization and cGMP manufacturing services for next-generation probiotics (NGPs). F. prausnitzii is one important candidate of our NGPs portfolio. 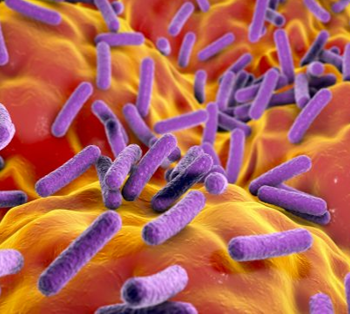 F. prausnitzii depletion has been reported in several intestinal and metabolic disorders, celiac disease, and some cancers.

F. prausnitzii displays a crucial role in providing energy to the colonocytes as well as anti-inflammatory metabolites to maintain intestinal health. Accumulated evidence has demonstrated the link of decreased levels of F. prausnitzii with the onset and progression of inflammatory bowel diseases (IBD), a group of disorders characterized by chronic and relapsing inflammation of the gastrointestinal tract, such as Crohn's disease (CD) and ulcerative colitis (UC). Daily supplementation with F. prausnitzii can play an anti-inflammatory role in IBD. 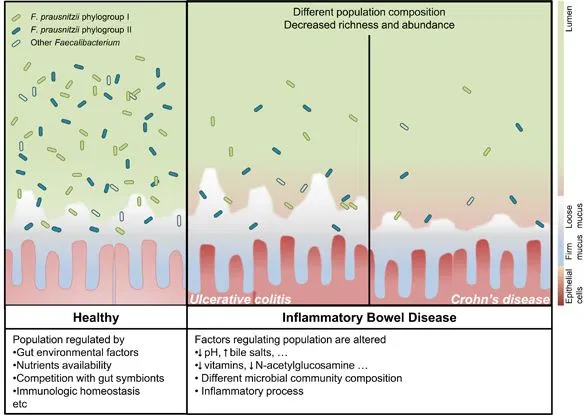 Fig.2 F. prausnitzii populations in a healthy gut and patients with IBD. (Lopez-Siles, 2017)

Obesity and diabetes are metabolic diseases characterized by inadequate calorie intake and/or abnormal energy metabolism. Some reports have demonstrated that in diabetics F. prausnitzii is presented in a very lower amount, indicating it is highly discriminant for diabetes. 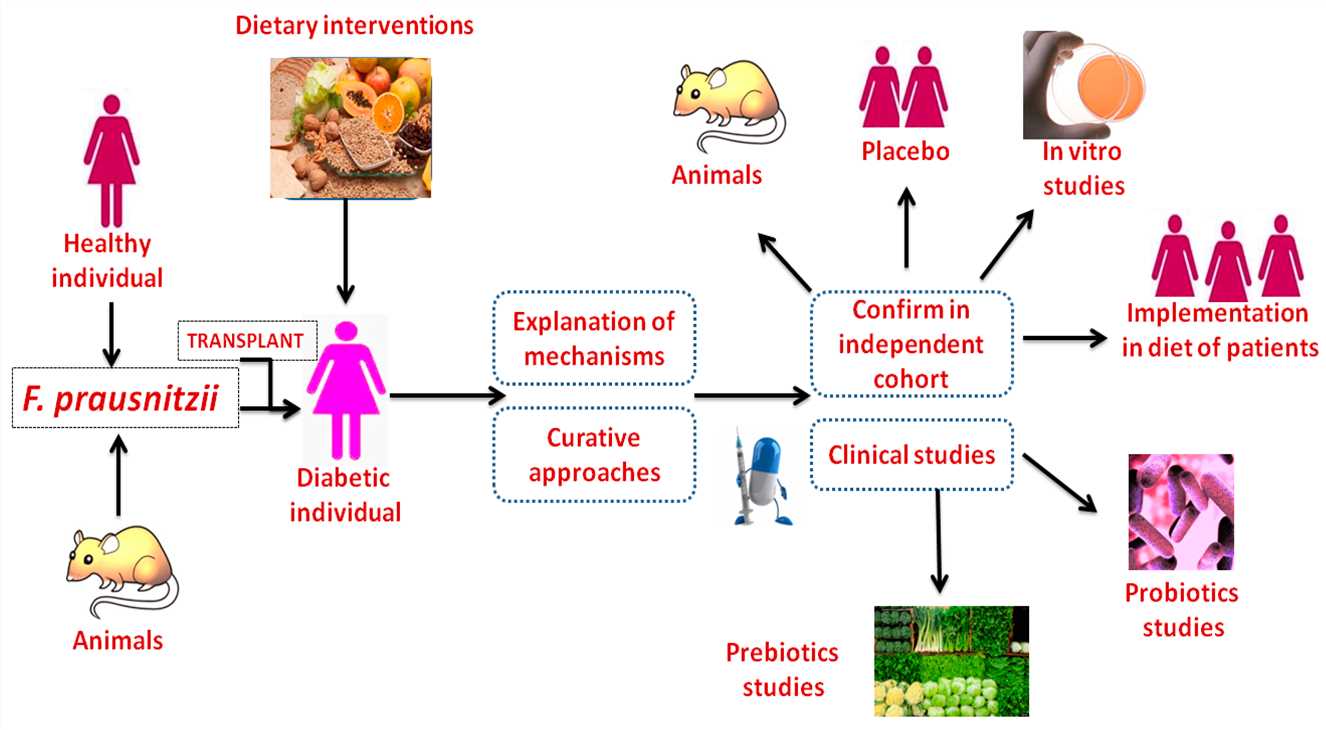 The relationship between F. prausnitzii and colorectal cancer (CRC) has become evident for a long time. In CRC patients, the level of F. prausnitzii is significantly decreased, showing fourfold reduction compared to healthy individuals. Therefore, this species may be a biomarker of choice to assist in CRC diagnosis and treatment.

F. prausnitzii is an extremely oxygen-sensitive bacterium, so its culture is very difficult, which greatly limits its basic research and clinical application. To reduce the gap between metagenomic and microbiological data, Creative Biolabs has devoted intense effort to isolate and characterize this species. Moreover, we are dedicated to developing commensal F. prausnitzii as potential NGP agents under strict criteria. Except for F. prausnitzii, we have developed a wide range of potential NGPs that can be applied for targeted therapy on specific inflammation or other diseases. What's more, we provide analyses & qualification and scale-up cGMP manufacturing services to meet different demands. We will work with you at all stages of the NGP development.

F. prausnitzii has been considered as a bioindicator and an actor of human health. If you want to know more information about this candidate discovery, please directly send us an e-mail or contact us for your special requests.