Creative Biolabs is a leading live biotherapeutics CRO company. For decades, our team has been dedicated to providing tailored, flexible solutions to advance clients' projects quickly and efficiently.

Insulin is the most potent anabolic hormone known and is essential for proper tissue development, growth, and maintenance of whole-body glucose homeostasis. Insulin also profoundly affects lipid metabolism, increasing lipid synthesis in the liver and adipocytes and reducing fatty acids released from triglycerides in fat and muscle. Obesity and diabetes are two metabolic disorders linked to an inflammatory process called insulin resistance. Insulin resistance is a pathological condition of declined cellular response to insulin causing hyperglycemia, despite β-cells of the pancreas being able to produce enough insulin. 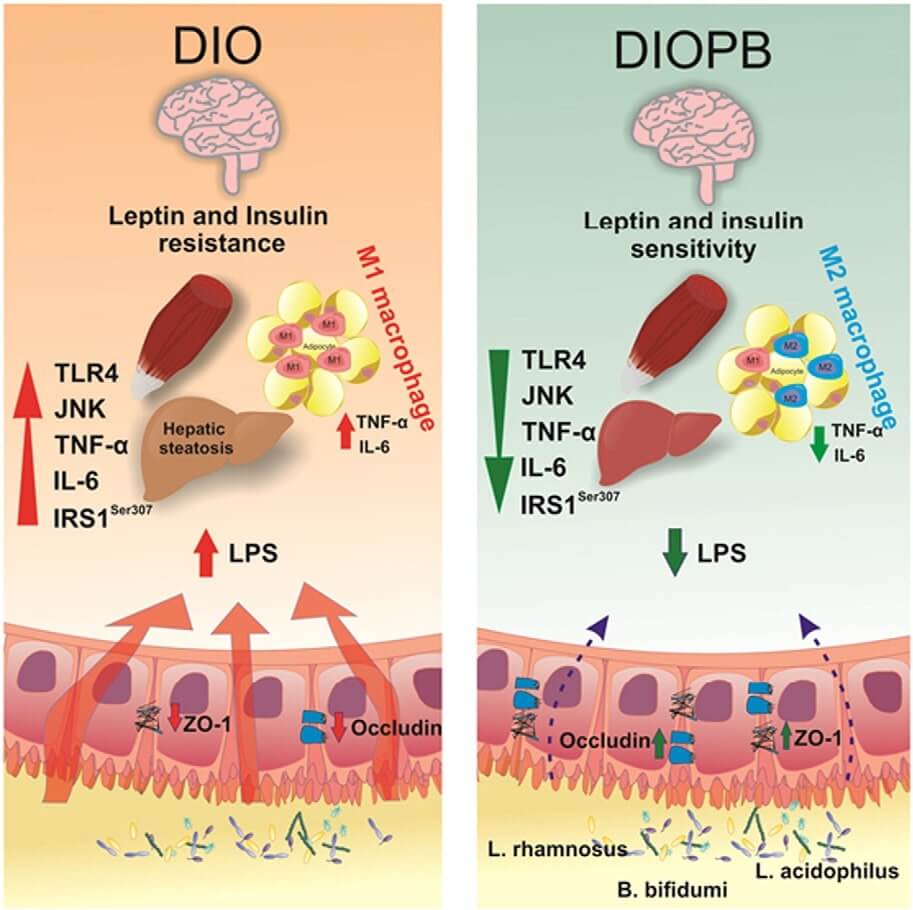 Fig.1 Effects of probiotic administration on obesity-related features by changes in the gut microbiota profile. (Bagarolli, 2017)

TNF-α is known to contribute to insulin resistance both through activation of mitogen-activated protein kinase (MAPK) and IKK resulting in serine phosphorylation of IRS-1 and through activation of protein tyrosine phosphorylase b which leads to dephosphorylation and inactivation of the insulin receptor and IRS-1. Indirectly, TNF-α can also increase hepatic triglyceride release, thereby contributing to abnormal fatty acid accumulation in skeletal muscle. Many different altered metabolic states, such as persistent elevation of circulating glucose, insulin, fatty acids, and cytokines, can lead to peripheral insulin resistance. The molecular targets and intracellular signaling systems modified during insulin resistance have attracted much attention. 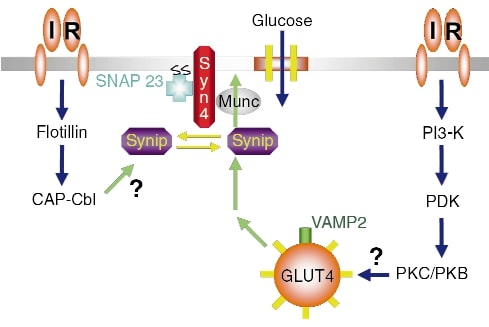 TNF-α has been implicated as a causative factor in the pathogenesis of obesity-related insulin resistance and type 2 diabetes mellitus. Thus, the present evidence suggests that exogenous TNF-α induces insulin resistance in animals, whereas neutralization of TNF-α enhances insulin sensitivity. The inflammation-induced insulin resistance model recreates the interplay between adipocytes, which become insulin resistant after treatment with TNF-α, and the functionality of the epithelial cell layer (Caco-2 cells). Cultured 3T3-L1 adipocytes have been widely used in studies of insulin signaling and glucose transport. In this assay, the direct or indirect ability of products administered to the gut (colonic simulation or upper gastrointestinal simulation) to reduce insulin resistance could be investigated.

Creative Biolabs provides the highest quality service. According to the specific requirements of customers to provide customized services, is our core competitiveness. Our experienced R&D team provides you with all the support you need, and we will be your partner in scientific research and discovery. Please feel free to contact us for more detail.