Anaerostipes spp. as Next Generation Probiotics

Anaerostipes spp. as Next Generation Probiotics

In recent years, with the rapid development of microbiome analysis platforms, the function, composition, and structure of the human gut microbiota are increasingly revealed, which makes it possible to quickly identify the human gut microbiota with potential health-promoting properties. The butyrate producer Anaerostipes spp. is emerging as the next generation of probiotics as a potential therapeutic tool. With more than 10 years of experience in live biotherapeutic products (LBP) development, Creative Biolabs will be your most trusted CRO supplier for the next generation of probiotics research.

Anaerostipesis a genus of Firmicutes phylum. Anaerostipes spp., such as Anaerostipes rhamnosivorans, Anaerostipes hadrus, and Anaerostipes caccae, are human gut commensal bacteria. They are gram-variable, obligate anaerobes that produce acetate, butyrate, and lactate as the end products of glucose metabolism. The genus Anaerostipes is also among the 15 most abundant taxa and butyrogenic groups in a healthy microbiome and its species are among the most efficient lactate consumers in the human colon. Increased abundance of Anaerostipes may lead to an increase in short-chain fatty acid production and a decrease in branched-chain fatty acids in the gut and blood. 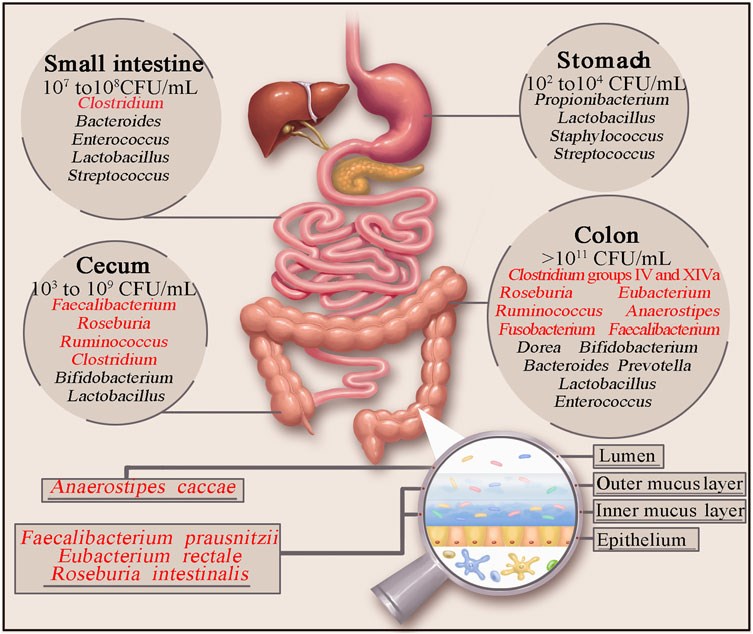 Anaerostipes rhamnosivorans is a butyrate-producing bacterium, newly isolated from infant stool. It has been shown to have potential benefits in metabolic syndrome and colon health.

Since its original isolation, evidence is growing to support the significance of strains belonging to Anaerostipes hadrus within the human GI tract.

Anaerostipes caccae was originally one of the major bacteria that produced butyrate through lactic acid metabolism in the adult gut. Studies have reported on its potential treatment in conditions such as allergic reactions and cancer.

Anaerostipes spp. is considered a key gut microbe to human health and disease because of its ability to produce butyrate, which is known to have beneficial effects on gut function.

Significant reductions in the abundance of Anaerostipes have been reported in patients with type 2 diabetes from Africa and Europe. A recent large-scale metagenomic study of type 2 diabetes patients and healthy subjects found that the presence of myo-inositol catabolic genes from Anaerostipes was negatively correlated with disease-associated metabolic biomarkers. This suggests that Anaerostipes may play a role in preventing metabolic diseases in the host. In addition, the administration of myo-inositol improved insulin sensitivity and glucose uptake in mice with gestational diabetes. It would be interesting to study the effect of Anaerostipes spp. on improving glucose tolerance in patients with metabolic syndrome or type 2 diabetes.

Creative Biolabs is a premier LBP and probiotic contract provider in the United States. We have experienced technical experts with multiple professional backgrounds and a comprehensive, advanced R&D platform supporting the development of a variety of potential probiotics, including Anaerostipes spp. If you are interested in our Anaerostipes spp. related services or products, please feel free to contact us for more.