The VITEK System is a useful tool to identify different groups of bacteria by a miniaturized biochemical test with specific cards containing 64 fluorescent biochemical tests. Creative Biolabs has 10+ years of experience providing CRO services with a skilled team of scientists who will work with you in developing live biotherapeutic product (LBP). We've built a very mature technology platform.

VITEK 2 is a growth-based automated microbiology system. It enables rapid identification in hours, compared with days for traditional methods. The system is available in three formats (VITEK 2 Compact, VITEK 2, and VITEK 2 XL), which differ in terms of increased capacity and automation. 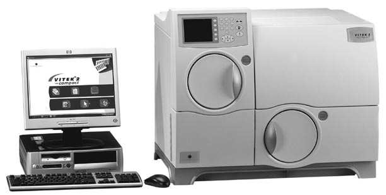 The Procedure of VITEK 2 System

A sufficient number of pure culture colonies are transferred using sterile swabs or applicator stick and the microorganisms are suspended in a 12 x 75 mm clear plastic (polystyrene) tube in 3.0 mL sterile saline (0.45% to 0.50% NaCl, pH 4.5 to 7.0). The turbidity is adjusted accordingly and measured using a turbidity meter called the DensiChek.

All card types are incubated online at 35.5 ± 1.0℃. Test reactions are read every 15 minutes during incubation to measure the turbidity or coloring products of substrate metabolism.

The results are interpreted by the VITEK 2 system. The results are interpreted by VITEK 2 system. If a unique recognition pattern is identified, the printed results will indicate a high probability match to a single species. If a unique pattern is not recognized, the system will suggest additional tests to distinguish between two or three closely related organisms or to indicate that the result is an unrecognized organism. 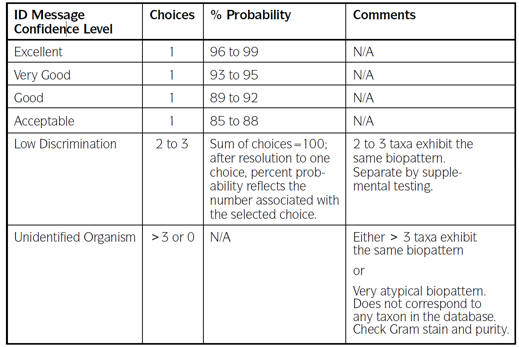 GN cards are designed to automatically identify 135 taxa of the most significant fermented and non-fermented Gram-negative bacilli. GN cards measure carbon source utilization, enzyme activity, and resistance based on established biochemical methods and newly developed substrates. There are 47 biochemical tests and one negative control. Final identification results can be obtained in approximately 10 hours or less.

GP cards are used to automatically identify 115 taxa of the most important non-spore-forming Gram-positive bacteria (mainly cocci). There are 43 biochemical tests, final identification results are available in approximately eight hours or less. 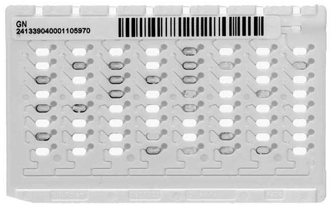 The YST card is used for the automated identification of 49 taxa of the most significant yeasts and yeast-like organisms. There are 46 biochemical tests measuring carbon source utilization, enzyme activity and resistance. Final results will be released about 18 hours later.

The BCL card is used for the automated identification of 38 taxa of the most significant aerobic endospore-forming species of the family Bacillaceae. There are 46 biochemical tests measuring carbon source utilization, enzyme activity, inhibition, and resistance. Final identification results will be released about 14 hours later.

VITEK 2 is an automated microbial identification system. With its colorimetric card and associated hardware and software advances, it delivers highly accurate and repeatable results, providing a state-of-the-art technology platform for phenotypic identification methods. Creative Biolabs applies decades to offer tailored, flexible solutions developing LBP to your needs. If you are interested in our VITEK system, please contact us for more.