Bacteroides vulgatus as Next Generation Probiotics

Bacteroides vulgatus as Next Generation Probiotics

Probiotics have been proven to be useful in treating a variety of diseases. Bacteroides are the main candidates for the next generation of probiotics (NGPs), which have attracted extensive attention due to their relationship with host health and disease. Creative Biolabs offers well-established and innovative One-Stop-Shop live biotherapeutic product (LBP) development solutions. Our goal is to commercialise Bacteroides genus proprietary technology, including Bacteroides vulgatus (B. vulgatus). We have specialist technology to optimize each stage to ensure you get the results you want, achieving the highest level of efficiency throughout.

Introduction of B. vulgatus

B. vulgatus is a Bacteroides species that is common in the human colon and is associated with a healthy host gut. B. vulgatus is a Gram (-) obligate anaerobe most commonly found in human feces, and has also been isolated from clinical specimens of patients, especially those with IBD. It can produce acetic, propanoic, and butyrate acids. One study showed that B. vulgatus accounts for more than 40% of the total gut microbiota of patients with Crohn’s disease, but only 6% of the total gut microbiota of healthy humans. Therefore, it was also widely considered a representative of the Bacteroides genus associated with IBD. A new generation of probiotics, B. vulgatus, has also been found to prevent colitis, depending on the strain. One study reported that B. vulgatus mpk has potential probiotic properties with an ability to protect against E. coli mpk-induced colitis development in IL-2-/-mice. Interestingly, one study reported that B. vulgatus is highly resistant to inorganic arsenic because of its ability to express the arsenic resistance genes, suggesting that the probiotic effects of B. vulgatus also extend to the inhibition of heavy metal toxicity.

The ovariectomized female C57/BL6 mice were gavaged with B. vulgatus to observe the differences in colon microbial composition, inflammatory signaling pathways, inflammatory cytokines, bone conversion markers, and lumbar microstructures compared with the control group. The results showed that B. vulgatus reduced microbiota dysregulation, down-regulated the colonic lipopolysaccharide /TLR-4/P-NF-κB pathway, and decreased the serum TNF-α level. Therefore, the results of this study suggest that B. vulgatus maybe a probiotic for the treatment of postmenopausal lumbar osteoporosis.

B. vulgatus is a representative species of the Bacteroides genus and is known to have a beneficial effect on human colon health. The strain-dependent role of B. vulgatus in alleviating intestinal inflammatory diseases has been demonstrated. The scientists selected four strains of B. vulgatus with widely differing genomes and assessed their role in mitigating colitis. The results showed that among the four B. vulgatus strains, only B. vulgatus 7K1 could significantly relieve five DSS-induced symptoms, including reduced body weight, a shortened colon, increased DAI scores, severe damage to the colon tissue, and increased intestinal permeability, but B. vulgatus 51K1 markedly deteriorated the symptoms of colitis in mice. 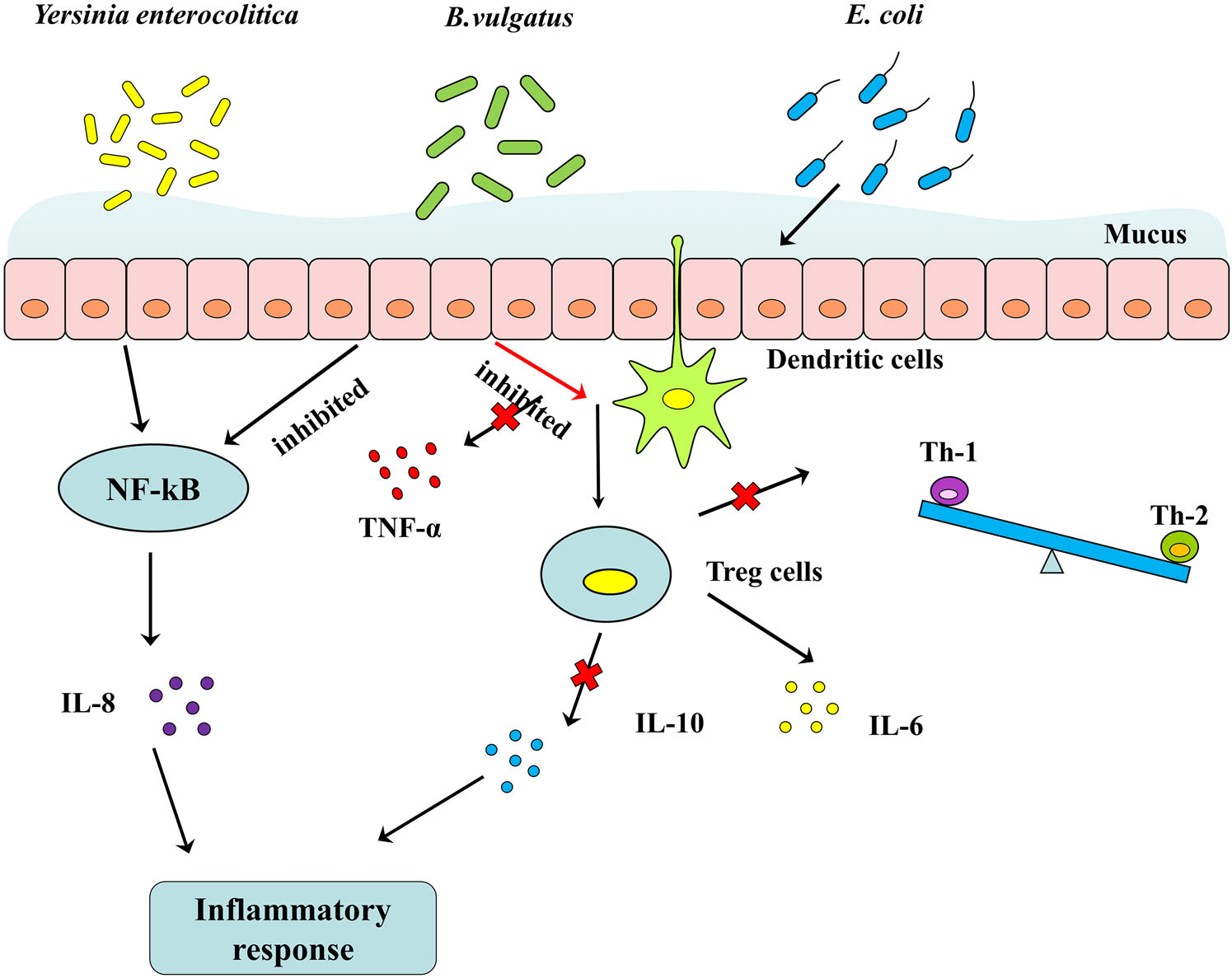 What Services Can We Provide for B. vulgatusat Creative Biolabs?

We supply a variety of B. vulgatus strains of different preservation numbers as below. If you need other strains, please contact us.

Creative Biolabs is a leading international biotechnology company in the LBP industry, we believe in the transformative power of science and technology. We conducted extensive research on the potential use of B. vulgatus species. If you are interested in our B. vulgatus related services and products, please contact us for further discussion.