Alzheimer's disease (AD) is the most prevalent neurodegenerative disorder and the leading cause of dementia worldwide, but there are no clinically successful therapeutic drugs or strategies up to now. Recent reports have shown that microbiota may play important roles in AD, thus next-generation probiotics (NGPs) will contribute to AD treatment. As a leader in the development of NGPs, Creative Biolabs has established a comprehensive technology platform to provide global researchers with high-quality NGPs development services.

AD is a highly incapacitating disorder, progressing from minor memory problems to a complete loss of mental functions and in the long run, resulting in death. The symptoms of AD are caused by a progressive loss of cholinergic function due to neuronal cell death in the hippocampus cerebral cortex and different regions of the brain which regulate thought process and memory. Although AD is the most prevalent neurodegenerative disorder and the leading cause of dementia worldwide, no clinically successful therapeutic strategies for its treatment or prevention have been reported. Recently, researchers reported that NGPs appear to influence the central nervous system (CNS) and behavior via the microbiota-gut-brain axis. NGPs treatment is becoming a new strategy to deal with AD. 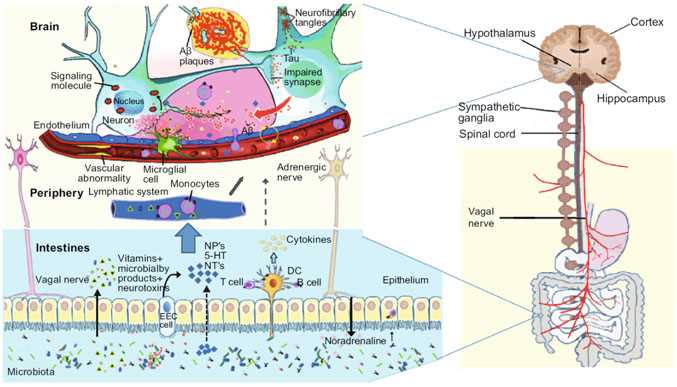 Fig .1 Schematic of some key players in the pathogenesis of AD. (Alkasir, 2017)

AD pathogenesis is directly related to inflammation and metabolic diseases, which are influenced by microbiota. Microbiota also can rule actions in the periphery and central nervous system by various means of communication including vagal nerve and adrenergic nerve activation as well as producing several molecular candidates such as neurotransmitters, neuropeptides, endocrine hormones, and immunomodulators. Thus, the modulation of microbiota by NGPs may be a growing area for pharmaceutical and functional food industries, to decrease the widespread AD.

The consumption of Bifidobacterium breve strain A1 (B. breve A1) suppressed the hippocampal expressions of inflammation and immune-reactive genes that are induced by amyloid-β. In the AD mice model, oral administration of B. breve A1 prevented cognitive decline, with a reduction in the immune response and neuronal inflammation. Administration of B. breve A1 reversed the impairment of alternation behavior in a Y maze test and the reduced latency time in a passive avoidance test, indicating that it prevented cognitive dysfunction.

The increased level of Akkermansia muciniphila results in a lower fat-mass gain and decreased systemic inflammation, which are two risk factors in the development of AD pathology.

Lactobacillus fermentum NS9 can maintain N-methyl-D-aspartate (NMDA) receptors at the normal level and thus alleviate an ampicillin-induced spatial memory impairment. Besides, Lactobacillus helveticus NS8 is capable to restore brain-derived neurotrophic factor (BDNF) levels in the hippocampus and then improve spatial memory of the chronic restraint stress group. Besides, Lactobacillus acidophilus has been reported to show a positive effect on cognitive function in AD patients.

Creative Biolabs has been focusing on the interactions between microbiota and the host immune system for years. Our experts are committed to NGP development to provide high-quality services to global researchers. Our services at Creative Biolabs include but not limited to:

NGPs have become a new approach for the possible treatment of AD. With years of industrial experience and a team of excellent scientists specialized in probiotics, Creative Biolabs provides comprehensive NGPs development services to meet our global customers' detailed requirements.