Currently, the identification of microbial species is mainly based on genomic information. PCR-based methods are not only faster than traditional culture-based methods but also help identify bacteria that are difficult to grow under laboratory conditions. The sequencing of 16S rDNA is considered to be the "gold standard", because it is present in every prokaryote and allows reconstruction of a global phylogeny. Creative Biolabs focuses on live biotherapeutic product (LBP) development. Our scientists are highly qualified with extensive experience and exceptional skills in the fields of microbial identification.

About the 16S rRNA Gene 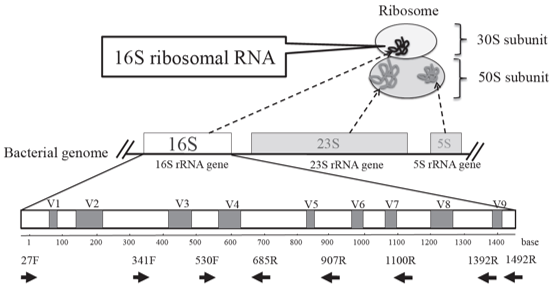 Phylogenetic and taxonomic studies of bacteria using 16S rRNA sequences are currently the most commonly used housekeeping genetic markers for the following reasons:

Researchers have to select a method suitable for their study objective and the analyzed sample, understanding both the advantages and limitations of technologies. In clinical laboratories, 16S rRNA gene sequencing has become increasingly common for identifying biologically identified bacteria or providing reference identification for unusual strains. With our complete suite of microbial genomics solutions for LBP development, Creative Biolabs can be your one-stop-shop. If you are interested in our 16S rRNA sequencing for microbial identification, please contact us for more.